Plan a Self Guided Tour

Rent a Car with Driver

Tarangire national park is one of Africa’s little-known gems and a must for any northern circuit itinerary. Boasting a variety of wildlife as diverse as its landscape, Tarangire is also the park that can boast being home to Tanzania’s largest population of African elephants.

Named for the Tarangire River which flows through it, the park is an excellent choice during the dry season when animals are forced to move closer and closer to the river in search of water. Set against a backdrop of majestic baobab trees and twisted acacia, it makes for a beautiful experience.

How to Get to Tarangire

From Arusha, Tarangire is located at a distance of about 120 kilometers which is in the south east of Manyara NP. Being one of the most seasonal parks in northern Tanzania, Tarangire has a lot of migratory movement within greater Tarangire ecosystem.

Between June and October which is the dry season, there are unimaginable herds of animals that are attracted to the Tarangire River. The elephant numbers at this time are amazing. Endeavor to make this park part of your safari in northern Tanzania. The dry months of June to October bring about large gatherings of elephants. After the game migrates from the Masaai Mara, it gathers around the river. 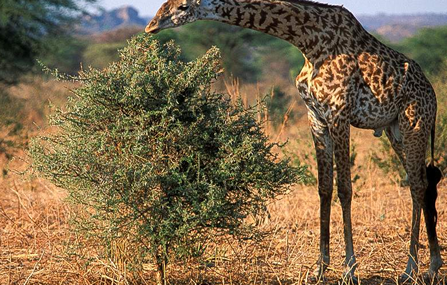 The big numbers of elephants, wildlife migration, and baobab trees (these grow in the open acacia) in addition to the tree climbing African pythons give wonderful sightings to see which make Tarangire a popular destination on a Tanzania Safari.

Tarangire National park takes on the sixth largest position among Tanzania’s National parks, after Ruaha, Serengeti Mikumi, Katavi and Mkomazi. The park derived its name from the mighty Tarangire River that crosses through its beautiful landscape.

Book a luxury land cruiser v8 with pope up roof for great self drive experience or with a driver for wildlife watching with Car Rental Tanzania. 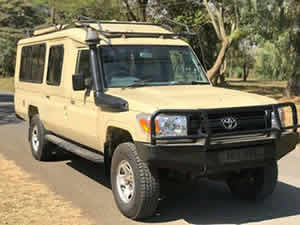 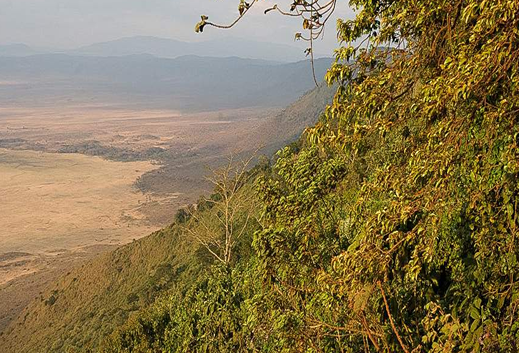 The Wildlife Migration of Tarangire: Being one of the most seasonal parks in northern Tanzania, Tarangire has a lot of migratory movement within the greater Tarangire ecosystem. From Arusha, Tarangire is located at a distance of about 120 kilometers which is in the south east of Manyara NP.

Between June and October which is the dry season, most of the Tarangire Region is completely dry with just a few surviving water sources. There are unimaginable large herds of different animals that move into the park which are attracted to the waters of Tarangire River. This enormous movement of wildlife though not as big as the more renowned Annual wildebeest Migration sees a large numbers of elephants, hartebeests, wildebeest, gazelles and zebras, in addition to several predators like lions and leopards, entering the park. Endeavour to make this park part of your safari in northern Tanzania as the vegetation is thin and dry offering very rewarding wildlife views.

Largest Elephant Population in Tanzania: One of the key attractions that have made the Tarangire NP to become internationally popular is its largest elephant population which in fact is considered to be the highest in the whole of Tanzania. As the dry season from June to October progresses and terrain becomes even drier, you will see numerous large elephant herds of about 300 individuals per herd digging the dry riverbed of Tarangire River in search for underground streams of water to quench their thirst. On the other hand, the arrival of the rains offers plenty of pastures and water which causes the animals to spread out across the park, however because of the large number of the elephants living here, it is still easy to spot these land giants even in the wet season.

The dry months of June to October bring about large gatherings of elephants. After the game migrates from the Masaai Mara, it gathers around the river.

Wildlife / Animals in Tarangire: covering a 2,850 square kilometers  of surface area, this park offers habitat to plenty of wildlife like zebras, searching for underground streams in the dry river beds and herds of up to about 300 elephants can be found. The shrinking lagoons are gathered around by migratory wildebeest, eland, gazelle, impala, zebras, kudu, rhino, hartebeest buffalo and other smaller mammals. Also regularly spotted are the dry country antelopes like the long necked gerenuk and fringe eared Oryx.

Mongoose colonies are often hosted by abandoned drifts (anthills).The thick vegetation usually hides the main predators that are always there but cannot easily be seen just like any other parks in northern Tanzania.

Birding in Tarangire: Enjoy spotting a large batch of colorful and exclusive bird species. Over 550 different bird species are housed within the swamps that are spread all over Tarangire. For bird lovers, who find themselves taken up for a long period of time, this makes Tarangire a famous safari destination for you. Some off the popular species here include: the crested francolins, hoopoes, yellow necked spurfowl, hornbills, guinea fowl, steppe eagles, and brown parrots, the gigantic lappet-faced vulture, white-bellied go away bird, Bataleur eagles, mousebirds, Kori bustards, yellow-collared lovebirds, bee-eaters, lilac breasted rollers, swifts, hamerkop, striped swallows and starlings.

The giant Baobab Tree: Another unique feature that can prevalently be seen in Tarangire National Park is the baobab tree also referred to as the Tree of Life. It is ‘gigantic’ in nature and can store within its trunk 300 litres and 1000 litres of water.  They have a long life span and can survive up to six hundred (300) years.  This tree is a significant source of food to various animals which normally feed on its edible seed. On the other hand, elephants sharpen their huge tusks on the bark of these trees.

According to the local tales it is said that these trees would easily move around the African continent, however their aimless movement annoyed God and he decided to plant them upside down to limit them from moving ever again.

The Swamps: The Park comprises of an extensive network of swamps that are mainly found in the southern and eastern parts of Tarangire. These swamps offer habitat to a variety of birds and animals such as tree-climbing pythons, silale-swamp lions, African wild dogs, cape buffaloes, and even elephants. the Vulturine Guinea fowl, Donaldson-Smith’s nightjar, Yellow-collared lovebird, Great white pelican, White-faced Whistling-Duck, Mouse-colored penduline tit, Rufous- tailed weaver, Fulvous Whistling-Duck, Northern pied babbler, Von der Decken’s hornbill, Northern white-crowned shrike, Pink-breasted lark, Ostrich and Slate-colored boubou are some of the bird species that can be seen in such area.

Sightseeing Trips: As a dominant feature within this park, the Tarangire River stands out. Even when it is very dry, the park has thick vegetation with acacia shrubs and mixed woodland. The huge baobab trees that are scattered around in huge numbers make your safari trip a memorable one.

There are a number of chances to explore the region on walk safaris even if the park is hidden and relatively unknown. Walking safaris give you a more learning experience about the smaller animals within the bush land and a better way of spotting the animals at close range without disturbing them.

Experience a better different world by taking a trip to a Masaai or Barabaig village with numerous ancient paintings, in neighborhood with Kolo on Dodoma road.

Taking into consideration of what you are looking for in terms of wildlife and bird watching, you can travel to Tarangire National park on your safari to Tanzania. The dry season offers you the best time to watch lots of animals which comes between June and September being the best time to go on a safari.

What Extensions do you recommend?

A fantastic option to consider is to self drive in Tanzania’s national park, the best-recommended extension is Uganda or Rwanda for Primate Watching ( Gorilla trekking & Chimpanzee ).

You can also still sleep in your own rooftop tent should you prefer for an adventure of a lifetime!